INDIANAPOLIS 29, CHICAGO 17
Well, there goes my perfect Reckless Prediction record. Blew it straight up and against the spread. Peyton Manning basically picked the defense apart; the D expected the big play and they went mid-range, beyond the linebackers but way ahead of the secondary. Rex Grossman is the antithesis of clutch.

PROPS AND DROPS:
PROPS to Super Bowl MVP Peyton Manning and the entire Colts team. Props to Thomas Jones, Devin Hester and Brian Urlacher.
DROPS to Rex Grossman and the Chicago defensive coordinator (you gave them too much).

MISCELLANY:
Television crew put together a pretty vanilla broadcast as opposed to the bump-up in graphic quality that I've grown accustomed to over the past few years. However, the coverage went off without a hitch.
Commercials were somewhat better than those of the past few years. Bud Light's commercials were by far the worst... again. Career Builder disappointed. I was surprised at Coke's heavy involvement coupled largely with Pepsi's near absence save a few ads in the first quarter.
National anthem: Billy Joel performed one of the best renditions of the anthem I've heard in a while.
Halftime show: Yes! They brought back the marching band! I've got to say that Prince's guitar play was definitely impressive and I'm amazed they were able to pull all that off with the heavy rains and electronics everywhere.
The third annual synopsis of pro football's world championship from Fullervision Enterprises, Unltd. 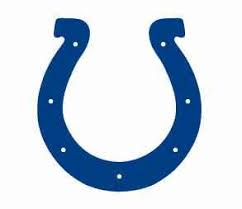 INDIANAPOLIS COLTS
Fresh over the "New England Hump," the Colts are making their first Super Bowl appearance since the team resided in Baltimore. The offensive talent is well documented, with QB Peyton Manning and WRs Marvin Harrison and Reggie Wayne leading the way. The defense is led primarily by DE Dwight Freeney and its specialty is pass defense. Coach Tony Dungy is in his first Super Bowl appearance after several playoff appearances with both Indianapolis and Tampa Bay.

CHICAGO BEARS
Da Bears are back. The vaunted Bears defense has returned to form, led by LB Brian Urlacher. Its offense is somewhat erratic but has explosive potential led by QB Rex Grossman and RB Thomas Jones. Coach Lovie Smith is in his first Super Bowl appearance.

HALFTIME SHOW
Performer of hits such as "Little Red Corvette," "Raspberry Beret," and "Party Like it's 1999," Prince will perform during halftime.

RECKLESS PREDICTION:
Chicago is just too good this year. To be quite frank I have no idea why the Colts have such a high handicap. Bears 21, Colts 17.

Super Bowl Reckless Prediction record: 2-0 straight and against the spread.


This site is in no way affiliated with the National Football League.